What Is the Average Rent for Office Space in Henderson? 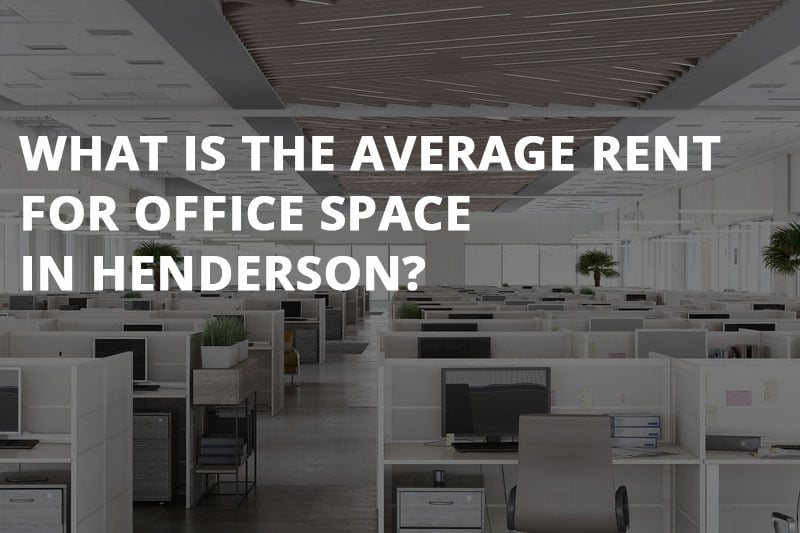 If you’re looking to lease office space in Henderson or the greater Las Vegas area or you own a building with the intention of leasing, you mostly want to know what the current market lease rate is. The answer to this question will ultimately depend on what type of business the property in question is suited or zoned for. Commercial leases can be complicated and have long term and large financials impacts to tenants and landlords. Learning about the current market can help you set the right prices from the outset.

Need help in your search for the right commercial property in Henderson?
Contact our office at (702)-472-9958

How Much Does It Cost to Rent Office Space?

Nationwide, demand for office space is returning, which is reflected in the Southern Nevada market. According to Transwestern, during the first quarter of 2019, the national average monthly asking rent per square foot of office space was $26.63 (annually). This was an annual growth rate of 4.1% with 39 of the 45 US markets that were tracked experiencing rates above 3%.

For the greater Las Vegas valley (including Henderson), the annual growth rate was 2%. The following is the effective gross rents achieved in the 1st half of 2019 by lease type for properties being reported thru CoStar:

Since 2007 Las Vegas has not experienced note-worthy new office construction—with the exception in the southwest, which did deliver several stalled projects which were commenced in 2007/2008 but shelved for the market to recover. Most of these projects have been completed and leased. This is about to change, the southwest will be receiving the 1st Class A office building built in several years called Narrative. Henderson will have a new mixed use complex with 500,000 sq.ft of office called UnCommons by Matter Real Estate Group.

How Is Office Space Rent Calculated?

Many office spaces charge rent by multiplying the price per square foot of each space by its rentable square footage versus useable square footage, which may then be divided into monthly installments. Most of the Class A (high rise) lease under a Full Service Lease, and a majority of the Class B (mid-rise buildings) are leased under a Modified Gross Lease or NNN Leases.

Full Service Leases and Modified Gross leases can be very similar with tenants paying for all expenses related to the building and operation cost, including the maintenance and cleaning of the common areas such as lobbies, halls, and joint restrooms. On the Full Service Lease, the cleaning and service of the unit is included.

Free standing and 1- to 2-story office units—which are most prominent in our valley—are mostly leased under a NNN Lease. This lease type requires tenants to pay a pro-rata share of the ground and building exterior maintenance, capital expenditures, taxes, and insurance and common utilities. On a NNN Lease, tenants are responsible for all expenses related to their particular suite, which most of the time includes HVAC.

Demand for commercial office property in Las Vegas is growing thanks to a strong, diversifying economy, pushing rates well above national averages. Reonomy reports that over the last 24 months, the average price per square foot of office space in the United States is $110. 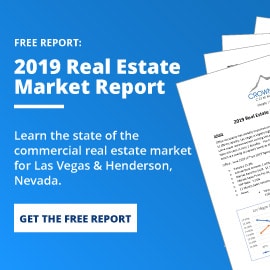 Crown Point Commercial is committed to giving you an EXTRAordinary real estate experience.